The Biggest Problem with Cryptocurrency

Most normal people hear the word "cryptocurrency" and assume that means that they are "cryptic" or "private," but that's actually a huge, perhaps the hugest misunderstanding of our time and it has some big consequences. The "crypto" in cryptocurrency merely comes from its cryptographic nature.

When it comes to actual privacy, cryptocurrencies are an unmitigated disaster: All transactions and wallet balances are easily viewable on the necessarily public blockchain.

This might not seem like a problem to some, and there are also some who will retort with "Well, I'm not doing anything illegal so it doesn't matter to me."

But here's the thing: Every currency in human history has been totally private, so we have no other similar disaster scenario to even compare this to.

American dollars are centrally financially controled, but we can transact without that being public information. Even when using a Visa or Mastercard with your bank, Visa or your bank might know of the transaction, but it isn't broadcast publicly to the entire world like Bitcoin or other cryptocurrencies.

Bitcoin is therefore a unique privacy disaster that we can't even anticipate. No cryptocurrency is widely used enough as an actual currency for people to really feel the burn of this, but this opens up huge liabilities for every human on the planet. You might think the American dollar is a NWO/Satanic/Mark-of-the-Beast currency that will take away your freedoms, but let me tell you that Bitcoin as it is is far worse!

The Disaster of the Bitcoin Future

Here's some of the things we can expect in a world running on Bitcoin:

No sane person would volunteer to reveal all their bank accounts, transaction histories, spending habits and thereby physical movements for no reason to every government and business in the world. But if you use most cryptocurrencies, that is exactly what you're doing.

It will be even worse.

Losing personal privacy is one thing. Maybe you don't even mind a world where eveyone is continuously "doxxed" and bombared with perfectly targetted ads a là Minority Report.

While you might not be able to imagine in your mind's eye all the terrible things that might happen with a fully monitorable currency, needless to say, it will contain what are, in effect, indescribable Lovecraftian monsters from the blackest Stygian depths. Bitcoin is the opposite of freedom. It is giving a carte blanche to all the world's worst people to prey on innocents.

Monero (also known by its ticker "XMR") is an exception to this.

Monero is a digital currency that has the blockchain technology of Bitcoin, but has in its core very smartly designed tech to keep the transactions on this public blockchain totally opaque. It takes what we've learned from Bitcoin and makes a complete project that can function, in fact is functioning in real life.

Firstly, the technologies which make the Monero blockchain private:

None of this means any complication for the user. Monero works just like any other cryptocurrency and if you use the default graphical Monero wallet, it's just as easy to use Electrum or something else for Bitcoin.

Monero is for normal people

Monero is often portrayed as being subversive because it is coming to totally replace Bitcoin on the dark net for illegal transactions. It often has a reputation associated with those potentially criminal purposes it could be used for (same thing with Bitcoin before blockchain monitoring became a science). Monero is not doing anything illegal that cash couldn't do beforehand, but there's a more important point:

Much more evil can be done with public transactions than private transactions: they can cause blackmail, rumors, gossip-mongering, witchhunts, stalking and targeted robberies and attacks. Seasoned criminals know how to juggle Bitcoin and other non-cryptic cryptocurrencies to avoid compromising privacy; normal people do not and can fall prey to some of the worst things just by using Bitcoin for normal things in normal ways.

At the end of the day, it's not Monero that's weird or subversive or niche, it's Bitcoin and all other cryptocurrencies. Privacy is a bare minimum for any functioning currency. Currency users deserve that and no currency could function without it. The dollar, the euro, the renminbi and every other currency by definition has the same privacy features as Monero. Bitcoin just doesn't have that.

Monero solves all of Bitcoin's other problems.

Bitcoin also has other drawbacks:

All of these pale in comparison to the privacy issue, and a lot of smoke is generated by random coins trying to solve these issues, but Monero has a solution for them all.

Monero has variable block size that avoids this issue as well, as long with a disincentive for large blocksizes to prevent spurious transactions (that could otherwise be theoretically used in an attack to compromise network privacy).

2. Monero will be mined forever.

The second issue is the big question mark behind the whole Bitcoin system. Once all Bitcoins are mined, will miners continue to process transactions if they are paid by fees only?

This isn't an issue for Monero because there is never a point where the block reward for mining is zero. It will eventually stagnate at 0.6 XMR for eternity, which is a supply inflation which approaches zero over time and avoids the issue of no block rewards. This is called tail emission.

Note also that any solution to Bitcoin's first problem above, will necessarily exacerbate the second problem. If you solve the fee problem, you make the mining incentive problem worse. If there is the Lightning Network or something else that reduces Bitcoin's fees dramatically, the chance of those lower fees maintaining miners will decrease dramatically.

I will say, if you think that the capped supply of Bitcoin will work out fine and might be better, you can still have the benefits of Monero with

Wownero, which is a Monero fork with a capped supply and doge-tier memes (it also has a higher ring signature size of 22 which might theoretically be better for privacy (or overkill)). (See on Coinmarketcap) They also have a meme site.

Monero is specifically designed to avoid allowing specialty hardware (ASICs) participate in mining. This makes individual mining on consumer computers more possible for longer and makes it hard to farm Monero. They use a technology called RandomX to do this.

In short, Monero is cryptocurrency done right. Bitcoin was a great proof of concept, but Monero fixes all the issues that the Bitcoin project brought to attention.

There are yet more good features of Monero that are worth mentioning:

In some cases, you might not want privacy, but transparency with Monero. Suppose you're running a kind of non-profit that want's to proudly show all their financials to potential donnors. Monero allows this too with Private View Keys. You can publish your private view keys on your website for your transactions to visible to whoever has them.

Monero is actively developed and improved.

Monero users and developers are constantly trying to improve, break and stress-test the technology. A lot of the features I've mentioned here have been added to Monero since its founding. If you want to have an in depth look at the history of Monero's development and technology, you can see this video series "Breaking Monero" where some guys overview how Monero has overcome previous issues to become the prime privacy coin of today.

If you're reading this, I'll assume you're at least superficially familiar with cryptocurrencies and probably have some Bitcoin. Even if that's not so, just follow the links and you're smart enough to get started.

Get a Monero wallet here from their main site. Write down and store your wallet seed where you will never lose it.

The first thing I recommend everyone should do is put your public address on your website for donations and produce high-quality writing and other website content. Monero users will usually be more likely to send small Monero donations since transaction fees are low. This also increases the profile of Monero in the eyes of anyone who sees it, which is a good costless investment for you now. Cryptocurrencies are driven by networking effects. Note that you can make a QR code with qrencode or an online generator if you're a true-blue normie.

The unofficial site Monero.how lists many exchanges where you can exchange Bitcoin or Ethereum for Monero and store it on your private wallet, including many that don't require KYC (sending in an ID).

The site Local Monero is even an anonymous service where you can mail in cash to exchange with a trusted Monero vendor or vice versa.

I also recommend using Bisq for the highest level of privacy. It is a peer-to-peer and totally anonymous exchange which even creates its own Tor service automatically. You can exchange XMR for BTC there too.

There are also Bitcoin/Monero atomic swaps in the works. This is something very new, but when it happens and goes fully public, you might expect a lot of value in Bitcoin moving over into Monero.

Use now or to HODL?

They also keep a small list of the growing number of services that accept Monero. Everything from online services, to houses, to computer parts and more. I also keep a Monero donation address public and recommend others to do so as well. Since Monero transaction fees are so low, microtransactions and small donations are easy.

Although if you're persuaded by my case here, you might just want to HODL Monero for the most part and expect that it will rise. As I'm writing this (April 21, 2021) Monero has increased a lot recently in the ongoing bullrun, but it is still proportionately far lower than it was in comparison with Bitcoin in the 2017 run. I have no clue whether it will moon or crash hard at the end of the bullrun or anything, all I can say is that I think the technological fundamentals are far better than Bitcoin and all other currencies and its only getting scarcer.

What separates Monero from everything else is that it is a gimmickless currency that has all the bare minimums of privacy. It is Bitcoin perfected. It's what Bitcoin should've been. That's it. 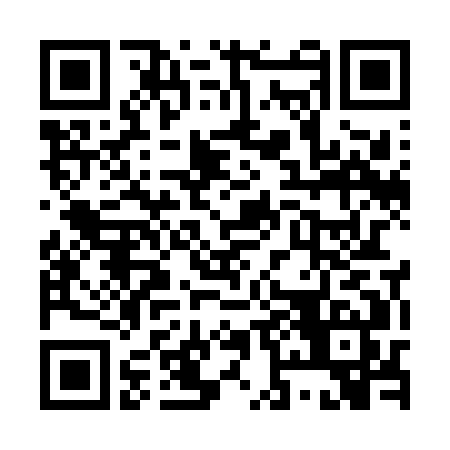