This page is just for minor pointers on lesser studied languages that I don't have enough to have on their own pages. 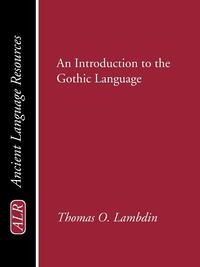 Gothic is a dead language and the only thing existing in it is a partially translated New Testament by Wulfila. It still is a very important language for the study of Germanic and Indo-Europeanism because it is the only language of "Eastern Germanic" so well attested. Eastern Germanic languages are distinct from other Germanic languages in their lack of umlaut and some other characteristically Germanic features, while Gothic still retains some earlier Indo-European inflectional categories.

I mention Gothic only because one of the best ever language learning books I've ever seen is written for it, and that is Thomas Lambdin's Introduction to the Gothic Language. I actually took a Gothic class flippantly in graduate school, but the book stuck out to me as being perfectly designed for the typical target audience of Gothic in historical linguistics.

The book has very well designed lessons and activities, but I think greatest is that in the back of the book, for each chapter there is a corresponding lesson on the historical grammar of the content learned. It goes through what conjugates of each word exist in English, Latin, Greek or Sanskrit or other Indo-European languages and provided comparative paradigms of noun and verb inflections. No word or concept is left without a real mneumonic device, not a fake one fake from some joke about the word, but one tied into the actual historical facts of the word.

I've said before that one of the reasons I never use things like Anki and "spaced repetition software" is that the real way to retain information is to understand how it fits within a wider web of information. In historical linguistics, you have an ideal of this because the more you learn, the easier it is to "remember:" remembering that the Gothic word for "field" is akrs is incredibly simple when you realize it's the same as Latin ager, Greek agrós, Sanskrit ájra and English acre. 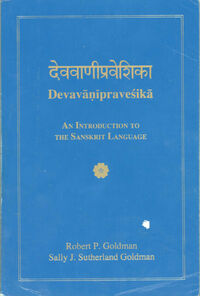 Sanskrit is the crown jewel of Indo-European languages and there are very few resources for it. Luckily, there is Devavanipravesika by Goldman and Sutherland, which again is a star in terms of language books.

I do recommend you have some of these abilities before attempting Sanskrit:

In English, if you say the sentence "What are you up to?" it usually comes out closer to "Whatchu up to?" This kind of phonological compression is a natural and systematic process in all languages. What is interesting is that when written language was younger, it was very common to express these phonological changes in the writing system itself. It looks slangish in modern English to write "whatchu," but it is more accurate after all.

Sanskrit overtly writes every alternation like this, including when words seem to combine together into a single prosodic word. The term for this is Sandhi.

The tricky thing that newbies to Sanskrit must understand is that knowing the principles of Sandhi are the first priority in knowing Sanskrit because it's impossible to even parse a basic sentence before you understand it. Phonemically, many Sanskrit words end in an -s, but one of the first rules of Sandhi is that words are not allowed to end in -s in most cases. So -s might show up as -h or -o or something else depending on the phonetic context.

I say this because before you get excited about diving into Sanskrit, you have to make sure you know the basics of Sandhi or it will all be a mess. 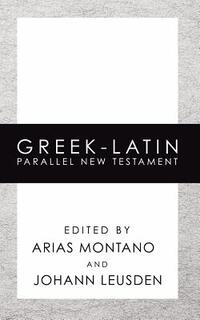 Greek, much like Spanish, I never really sat down to learn. Greek is close enough in form to Latin that I learned it from reading a biglottic Bible in both languages. Its grammar presents very few concepts alien to Latin, the only big hurdles probably being the novel uses of the article and if you want to learn classical Greek like a pro, the pitch accent system.

What I mean is that I only read very little of Greek grammar before I could pick up my Latin-Greek Bible and start reading the Greek with the aid of the parallel Latin. This was also a nice experience because you can see the similaries between the two languages, but also how the expressiveness of Greek is sometimes lost in translation.

Greek, for example, has such a complete and elegant paradigm of participles that many of them are unstranlatable in Latin. Latin has only passive perfect participles and active present participles, while Greek has participles for the whole spectrum of voice, tense and aspect. What that means is that Latin has to talk around some common Greek expressions, often utilizing Latin deponents (which can have perfect active participle) to get the meaning across.