Why I use the GPL and not Cuck Licenses

Every piece of software I write I license under the GNU Public License Version 3 (GPLv3) unless I have forked it from something else.

The GPLv3 is the premiere copyleft license, meaning that it not only allows users to run, modify and distribute their own versions of what I write, but it also requires that no one in that chain of development restrict and close-source that software: it and software deriving from it must forever remain open, usable and sharable. Richard Stallman, one of the minds behind the GPL has described it as a "hack" of the copyright system because it uses the legal infrastructure of copyright to ensure software is free rather than restricted.

But occasionally I get asked why I don't use so-called permissive licenses like BSD or MIT. These are free software licenses, but they do not require that forked versions of the code be free and open source software. In other words, you can take something written with a BSD or MIT license, put it in the next version of Windows and no one will ever know. If you did that with GPL code, you'd be in for big legal trouble if found out.

I and others have recently taken to calling these permissive licenses Cuck Licenses.

Why be mean and bully BSD and MIT licenses calling them "Cuck Licenses?"

Quite simply, using them is precisely analogous to being cuckolded. When you really look at it, the similarity is uncanny.

I understand GPL free software and its ethical vision for software. I also understand that desire for people and businesses to not release their source code for commercial and monetary benefits. What I don't understand is simultaneously releasing free code with no requirement that it remain free. It can now be used against you and others—if you had moral qualms about that, you could've at least made money off of it yourself.

Using a Cuck License especially for "ethical reasons" or "because I like open source software" is beyond absurd. You're simply writing code and effectively abandoning the privileges of intellectual property while allowing any large corporation to come and close-source and monetize your software and sell it back to you without any other obligations. You have also abandoned your ability to ever complain about IBM, Microsoft, Apple or any other tech giant because you are literally writing their proprietary software. These companies even sometimes take very simple code from minor projects and use it to save a buck and a little effort.

At the end of the day, using a Cuck License is little different from either releasing software in the public domain or just not licensing it (in some jurisdictions, at least). It has the pretense of a license, but for no real function. I suppose depending on which you use, you at least get your name on the license, but I hardly think that that's how internet fame and glory is actually distributed anyway. As far as I'm concerned using a Cuck License is worse for user freedom than just releasing it in the public domain. This is because at least public domain software can be taken and later additions can be protected by the GPL. The legal case for doing that with a Cuck License is not so clear.

If they were serious about stopping any of this, they easily could've by licensing their project as anything other than a code giveaway. If you want praise for some contribution, put it in the license. If you don't want your software used for proprietary software, use the GPLv3.

A Cuck Licenser gets what he deserves (and we all pay the price).

One of the funniest and saddest horror stories of Cuck Licenses I can think of is Andrew Tanenbaum, who released MINIX, an operating system, under a BSD license. Intel silently took this software (thanks to its license) and unbeknownst to him, used it for their Intel Management Engine, making it the OS of the spyware microprocessor/backdoor now running in all Intel CPUs. We all have a permanent NSA backdoor because of the Intel Management Engine—all made possibly my Cuck License cuckery.

Only many, many years later was this even revealed to Tanenbaum. Read that blog post of his as he slowly externalizes his mixed feelings, tinged with guilt. After all, on the "bright" side, he says:

"I guess that makes MINIX the most widely used computer operating system in the world, even more than Windows, Linux, or MacOS."

Wow, what a proud achievement. But regardless, Tanenbaum already feels some regret about the fact that his permissive license allowed Intel to withhold this:

"This was a complete surprise. I don't mind, of course, and was not expecting any kind of payment since that is not required. There isn't even any suggestion in the license that it would be appreciated. "The only thing that would have been nice is that after the project had been finished and the chip deployed, that someone from Intel would have told me, just as a courtesy, that MINIX was now probably the most widely used operating system in the world on x86 computers. That certainly wasn't required in any way, but I think it would have been polite to give me a heads up, that's all." 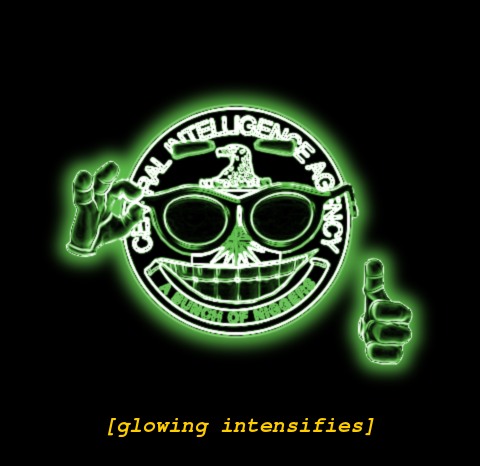 You can feel the regret. With Cuck Licenses, you get the worst of two worlds: You get no credit for your work, nor money for licensing fees like other proprietary software and your software will be used to violate your and other users' privacy when it is used in closed-source environments. Oh, no... copes incoming:

"Many people (including me) don't like the idea of an all-powerful management engine in there at all (since it is a possible security hole and a dangerous idea in the first place), but that is Intel's business decision and a separate issue from the code it runs. A company as big as Intel could obviously write its own OS if it had to." emphasis added

If Tanenbaum had released MINIX under the GPL, we wouldn't be at the mercy of Intel's business decision. They would've had to release the source code for the microprocessor, keeping user privacy ensured and irradicating the permanent spyware liability all computers have nowadays.

If they wouldn't want to do that, they'd have to just write an operating system themselves. Tanenbaum is right, they obviously could've taken the time and money to write an OS themselves if they had to, but they didn't have to, because a BSD license cuck wrote it for them. Thanks a lot, sucker! Now our computers are being monitored at a lower start-up cost and we have you to thank. It would've been a lot more respectable to not use a permissive license and instead license it proprietarily if he has no moral issues with proprietary software: he could've at least gotten Intel to pay him to use his operating system. Heck, if he had used the GPL and if they took it anyway, he could become an insta-millionaire by suing them right now.

The moral of the story is perhaps lost on Tanenbaum, who finishes up his blog post with:

"If nothing else, this bit of news reaffirms my view that the Berkeley license provides the maximum amount of freedom to potential users."

"Maximum amount of freedom to potential users" is somehow mass-surveilance of every computer user thanks to the BSD license. Thanks for your contribution to "freedom."

The Freedom that Cuck Licenses "preserve"

"Freedom" is an incoherent buzzword if you don't define it. There are some people who might argue that the fact that they can't kill and steal freely is a violation of their "freedom." That's very true in some sense.

In the same way, the GPL (unlike Cuck Licenses) "violates" the freedom of all people to close-source code and hide it from the public and (in effect) do annoying or privacy-violating things with it.

The goal of the Free Software Movement, defended by copyleft licenses like the GPL is for all software writers and users to live in an environment of publicly auditable, editable and exchangable code. The goals of the Open Source movement have a similar goal, albeit often guided by practical considerations.

Cuck Licenses, however, undermine those goals. They will say that they maximize freedom by placing no requirement on those who distribute When you release any code under a Cuck License, you are simply writing free commercial code for corporations that will inevitably use it against you. You might as well just actually get a job with them so you can get paid for what you do instead of just getting cucked. When you release code under the GPL, you write free software that benefits other people who write free software.

The Free Software Foundation and the GPL people have correctly realized that just being "permissive" with licenses is unworkable in the current environment. The legal infrastructure incentivizes and defends proprietary software and gives it a systematic financial advantage. The GPL is a viral antitode to that. Obviously if all software were free and no laws protected "intellectual property" in publicly obtainable software, everything would be "permissively licensed." We don't live in that world. The GPL and other "copyleft" licenses are ways of undermining and disincentivizing and making impossible the close-sourcing of software. Not using the GPL and using a cuck license is just the same as writing proprietary because you literally are because all of your software can be snatched up and proprietarily licensed.

I've heard some people pass around the idea that somehow the GPL is unenforceable. After all, if you have close source software, how can anyone really tell what's going on? In some cases, that might be true if you have perfect op-sec. That wouldn't be the case for the Intel Management Engine above, and that wouldn't be the case for Windows XP, whose source code recently leaked.

I have known people in industry writing proprietary software and worrying about the GPL is real. The "virus" of GPL taking over everything and making it free is something people have to take heed of. I'm sure there is some level of GPL-violation going on in some places at least, just because lifting simple routines or copy-and-pasting some things from GPL with significant enough changes could go unseen even if leaked, but integrating larger GPL programs would be nearly an impossibility.

At the end of the day, though, what does it matter? What is a totally unenforced GPL? It's just a Cuck License—Isn't that what license cucks want? So why should they care? At their very best, BSD and MIT licenses are only what GPL might be at its very worst.

The GPL is a permanent liability for any company that crosses it. Some companies might be so bold to lift GPL code and hide it, but there is always a risk and a worry that prevents its general violation.

Are copyleft licenses always best even for freedom?

Here's a question I got about this article that I'll reproduce here because it touches on something good.

This was my response to this email explaining this finer point.